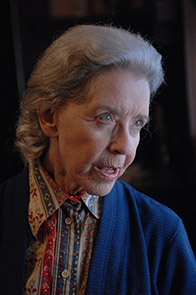 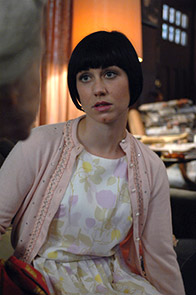 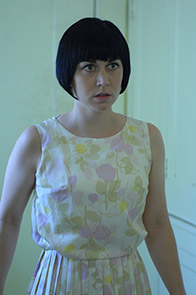 In 2006, acclaimed novelist Megan Abbott (Die a Little, The Song Is You, Queenpin) asked her colleague Eddie Muller to contribute to a collection of short noir fiction she was editing: A Hell of a Woman: An Anthology of Female Noir. Although flattered to be one of the few male contributors, Muller struggled with his story long enough that he almost missed the deadline. It wasn’t until he changed the protagonist’s gender in an idea that he’d carried around for almost two years — “The Man Who Walked In Dead Men’s Shoes” — that the tale suddenly came to life.

A couple of years earlier two Bay Area booksellers Muller knew, Heather Mahan and James Silva, invited him into the back room of their store to examine a box of recently-acquired books. After perusing the eclectic — and crazily notated — texts for about fifteen head-spinning minutes, Muller was asked by the eager proprietors for his assessment.

“I think these may have belonged to the Zodiac,” Muller said.

“Exactly what we thought!” the booksellers exclaimed.

Silva was so convinced of it he contacted both the San Francisco and Vallejo police departments, two Bay Area jurisdictions in which the legendary Zodiac had been know to commit murder. Neither agency chose to follow up, citing the “evidence” as purely circumstantial.

Although the pursuit of a fresh Zodiac suspect proved short-lived, it offered to Muller a very intriguing avenue, never explored in any other investigation: what if the Zodiac was married? After changing his story’s protagonist into a young woman, Muller sent her off on her quest, a bag of books slung over her chipped shoulder. She had a secret from a dark childhood eating at her, and didn’t care if the cops thought she was crazy. She’d prove them wrong. And the only way to do it was to ring the doorbell of Mrs. Hazel Reedy — who may, or may not, be the widow of the most legendary un-apprehended serial killer of our time.

Almost as soon as he’d finished writing “The Grand Inquisitor” (April 5, 2007), it was being discussed as a possible film project. Abbott, the first person to read it, was thrilled by its “cinematic” potential. Jonathan Marlow, a film colleague of Muller’s in San Francisco, read the story and said: “When do we start shooting?” Because the entire piece contains only two characters in one location, it seemed entirely feasible, both logistically and economically. Leah Dashe, a 24 year-old actress appearing in a local play Muller had written, was the writer’s first and only choice for the role of the intrepid young investigator.

It was Marlow’s inspired idea to send the story to venerable 89 year-old Hollywood actress Marsha Hunt. Only two months earlier Hunt had been Muller’s Guest of Honor at his annual NOIR CITY film festival in San Francisco, where she’d amazed a full Opening Night audience at the Castro Theatre with her ageless charm, wit and beauty.

The character of Hazel Reedy, however, called for none of those qualities. If anything, Muller was afraid that the story’s inexorable slide into the macabre, and its strange, shocking conclusion, might scare Hunt off forever.

“Eddie, I have some reservations about it,” the actress said via phone after reading the story. Frankly, Muller was afraid she’d never speak to him again.

“I have to smoke an awful lot in this story — any way we can get around that? I’d appreciate it,” said Hunt. “Other than that, I love this character. When are we going to start?”

THE PRODUCTION
One of the most daunting pre-production challenges was finding a house that conformed exactly to the floor plan specified in Muller’s short story. As he was preparing to hunt locations all over the Bay Area, based on neighborhood demographics and architectural styles, Muller’s wife, Kathleen Maria Milne, looked out their second story window into the gathering dusk.

Finding the ideal location only two doors away from their own home is just one of the reasons that Kathleen is the Executive Producer of The Grand Inquisitor. Muller's longtime colleague Anita Monga, with whom he'd founded the NOIR CITY festival, as well as the Film Noir Foundation, signed on as Producer, ensuring a smooth, organized campaign.

Special arrangements were made with the Screen Actor's Guild to allow Marsha Hunt to work for less than scale, since the film qualified for SAG's Low Budget production exemption. Miss Hunt flew in by herself from Southern California and Miss Dashe from New York, where she'd moved only the month before. The two actresses were a story in themselves, a study in generational contrasts: Hunt a Hollywood-trained charter member of SAG since 1937, and Dashe (UC Berkeley, Class of 2005) a neophyte in her film debut, hoping to score a SAG card for her efforts.

"There's so much to learn from watching Marsha perform," Dashe said. "Sometimes I just wanted to stand back and watch, just soak it all in. Then I'd snap out of it and remember I was acting with her. It was a challenge, and I feel I responded. I'm incredibly fortunate to have gotten a crash course in film acting with this remarkable woman."

The Grand Inquisitor was filmed in six days in Alameda, California, during late July, 2007. Hunt ended up describing the filming, compressed shooting schedule and all, as "one of the most satisfying experiences of my career."

“Growing up, acting was all I wanted to do with my life,” she wrote to Muller after the filming. “The fates smiled and for fifteen years gave me a feast of that, followed by over a half-century of little if any acting to do.

“The gap was filled with broadening, absorbing things, but there were years at a time when I forgot that I’d ever been an actress. Then along came Hazel Reedy and your strong hunch that I could fit into her. That kind of compliment deserves a college try. And yes, the memory did serve, and for five days I lived Hazel’s haunted life. We won’t know how effectively until it’s all assembled and edited. But I sense that you let me take part in a classic work.”